A not so very ordinary girl | Viv Phillips Photography


Celebrating you, your loved ones, and the precious moments shared

"Photography is the story I fail to put into words." 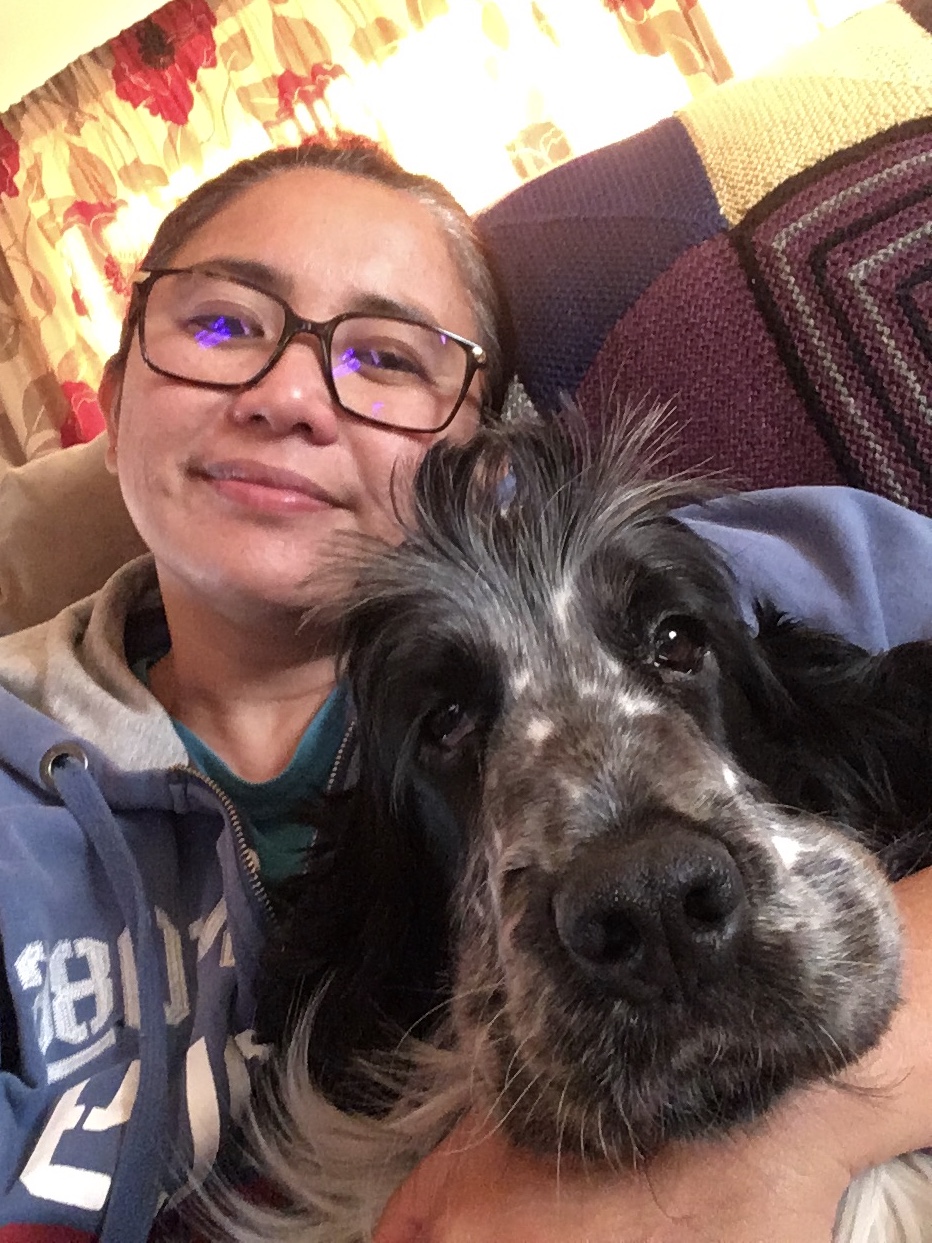 chilling with my best mate

A not so very ordinary girl 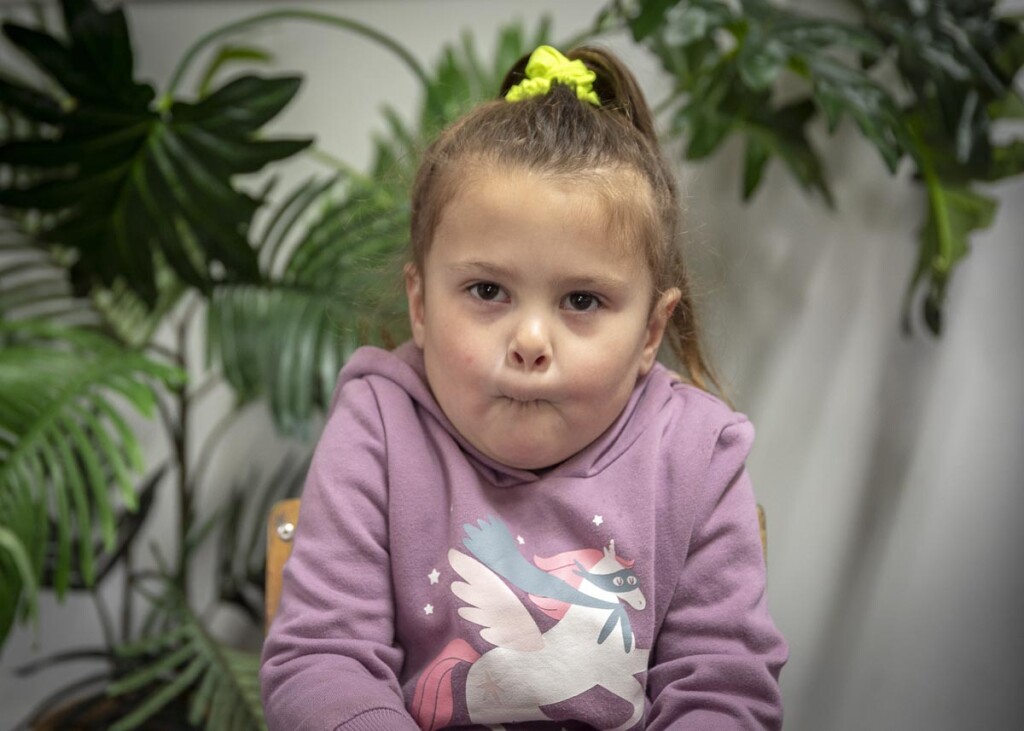 Back in the 70's, the band Bread released a song called "Aubrey" and the first verse goes:

And Aubrey was her name
A not so very ordinary girl or name
But who's to blame?

Those lines are just perfect for this little girl who, coincidentally, is also named Aubrey.

Aubrey goes to the Kindy where I used to work, and she is often always such a box of fluffy ducks. She's always smiling and giggling; she waves hello when she comes in and says goodbye, at least when she remembers, when she leaves. She's just adorable. However, the smile I often see on regular days was surprisingly absent on class photo day.

She was just not in the mood for class photos. When she sat down on the photo chair, she immediately put on her "serious face" (see above). No matter how hard I (and another teacher) tried to cajole, coax, and bribe her for a smile, she would just make her serious face, even more serious. So ... we let her go and I proceeded to take individual photos of the other children.

When I was done with that, I tried to get a better image capture while she was at the play table. She didn't put on her serious face BUT she kept her head down. She really DID NOT want to have any photos taken that day. I could have given up but I didn't want to leave without getting a good image for her parents - so I decided to give it one. last. try.

While she was playing with playdough, I asked her where she'd like to have her photo taken and I asked if she wanted to go outside for it (thankfully, the rain had stopped by then). She said yes. (YEY!) So we went outside, and she led me to a tree out at the back of the kindy. I asked if she wanted to "climb the tree" for her photo, she nodded so, I helped her up. Once she was nestled in between the branches, like magic, she finally smiled. I was pleased I took the extra effort to get her to relax - that last giggly image (see below), is just priceless. :) 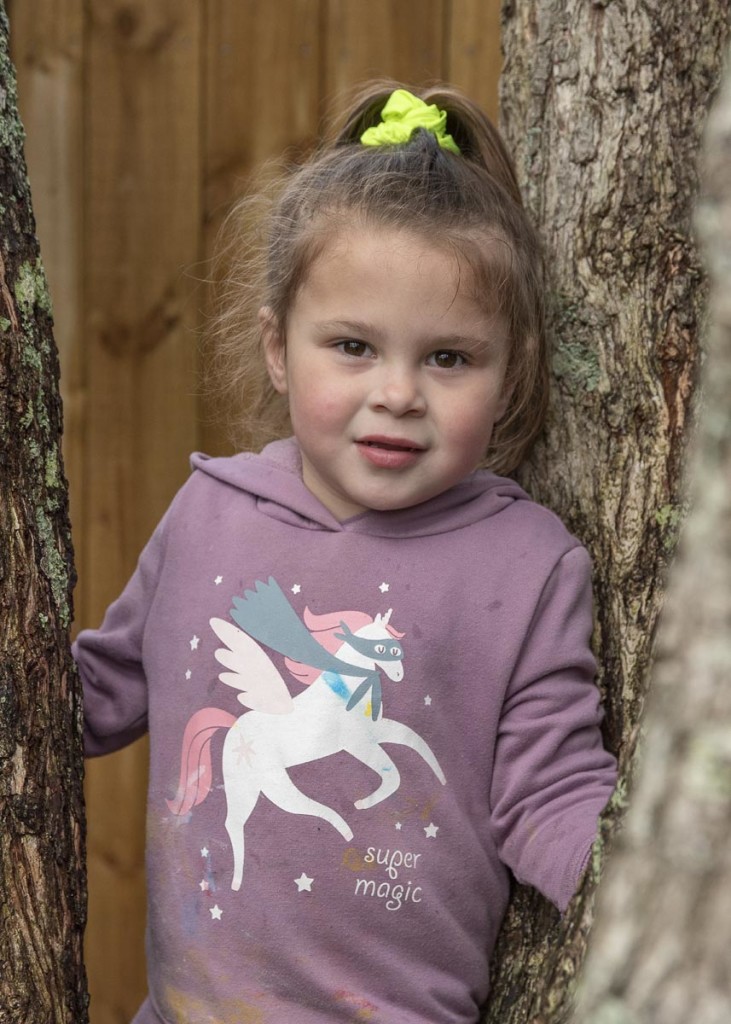 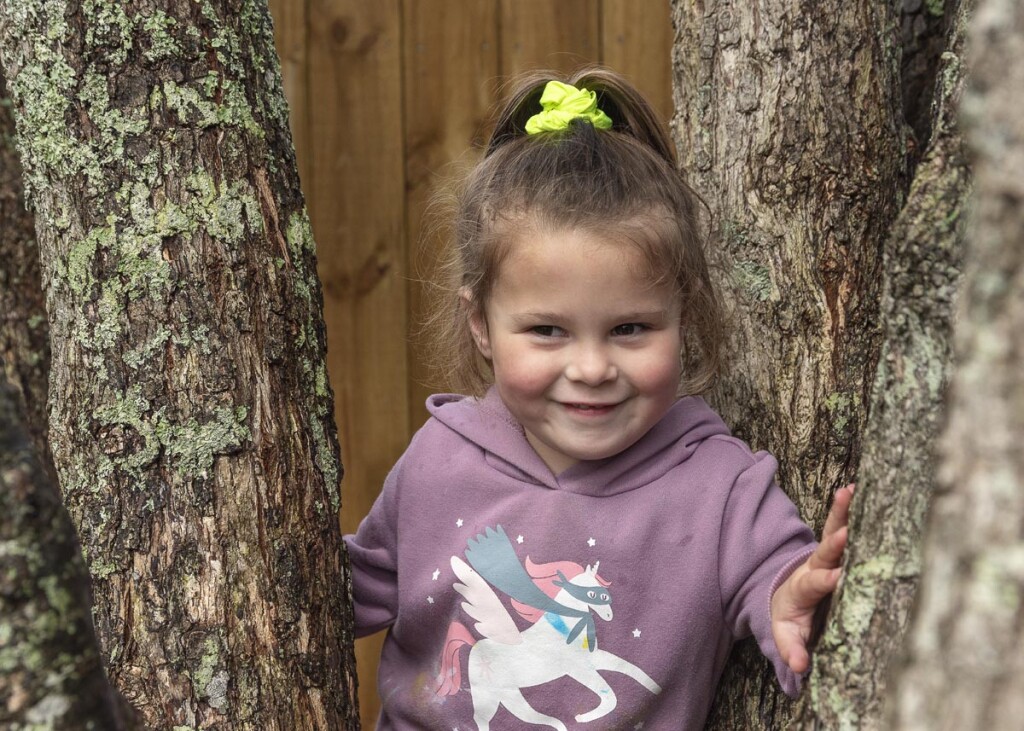 Is that a smile? (this is the one I chose to print)

Is that a smile? (this is the one I chose to print) 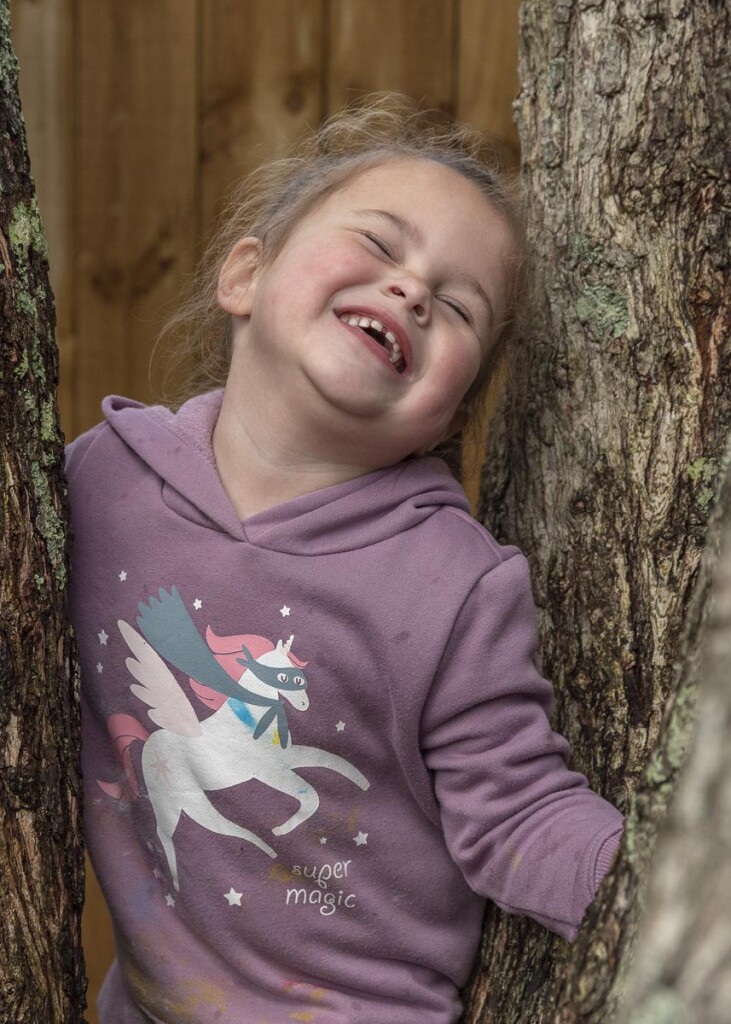 and there it is!

and there it is!